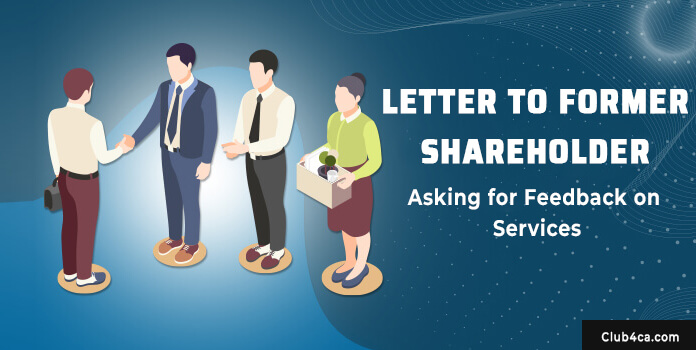 Letter Example to Former Shareholder Asking for Feedback on Services

We are really upset to know that you have decided to sell your shares of stocks in XYZ Corporation. We understand that you have your reasons for selling but it would have been nice to have you continue on board as a shareholder. We hope your decision to sell was not affected by a bad action or experience at the company. If that were the reason with any aspect of your investment, please share it with us through a mail or we would be happy to set up a meeting. Nevertheless, we want you to know that we are grateful for the time you had with us on board.

Thank you. We wish you luck for all your coming ventures.